The Mindful Children’s Education in South Africa is currently working in Saldanha Bay municipality western Cape province in South Africa and with your support, we can continue to help the disadvantaged children to improve the learning outcome of orphaned, drugs abused, traumatized, disadvantaged and refugees Children through empowerment education programme and building lifelong learning and confidence for themselves across the country.

The Mindful Children’s Education in Africa aim to extend their activities in Africa continent specially in three countries of Africa, D.R Congo, especially in Eastern Congo, where the war has been left most of people homeless, many children was been left orphans and women was been abused and raped.

The civil wars in the eastern Democratic Republic of Congo have worsened over time, Today scholars refer the situation in South and North Kivu Provinces, as the world worse war, despite the richest natural resources the country has, the majority in South Kivu live in Poverty, often on a single meal a day or nothing at all. There is no important to be born and the children  whose parents have been taken away from them have little chances to survive.

We as Mindful Children Education in Africa, view this  as a global call because their curse is the blessing to rest of fellow human. Reason why we would like to start in future one of our project to help children of these areas, DRC 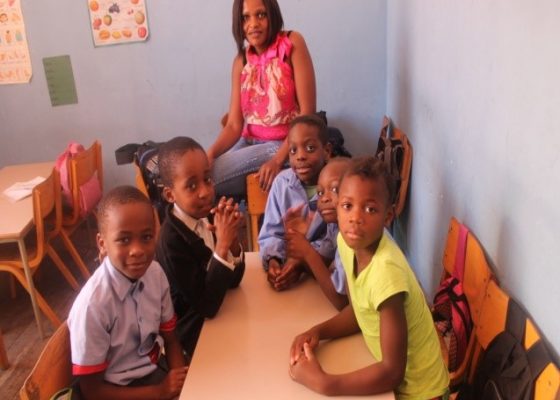 There is (according to the local estate agents and the Saldanha Bay Municipality’s building plans), such an influx of people that the local schools cannot cope with intakes and there is a shortage of accommodation for middle to lower income groups.

There is so many cases that were been reported of drugs abused, traumatized, and highly percent of HIV/AIDS, there are a great many households not on the formal census as hundreds (maybe thousands) of migrants and refugee from Africa living in informal settlements ended up in Saldanha in search of work.

Open chat
Powered by
hello, How may we help you?
Just send us a message now